The Ensemble Philomèle unites five young musicians passionate about early music. Alice Borciani, soprano, Marie Schneider, who plays baroque recorders and cornetto and Gwennaëlle Alibert who plays harpsichord, all met during their studies at the Schola Cantorum Basiliensis in Basel (Switzerland). They were joined by Étienne Galletier, a theorbo player who graduated from Lyon’s CNSM (Conservatory of Music) and then by the viol player, Julie Dessaint. Together, they explore 17th century repertoire with a particular leaning towards the “Stylus Phantasticus”.

In 2011, they recorded The Pleasures and Vanities of the Nightingale, a CD of descriptive music inspired by the symbol of this nocturnal bird in 17th century Italian music.

Since 2014, they have been sifting through the musical treasures found in the Biblioteca della Musica of Bologna and unearthing forgotten compositions by Carlo Donato Cossoni and Maurizio Cazzati. These discoveries inspired them to create a concert-show called L’Echappée du Couvent (The Convent Breakaway) that was directed by Gaëtan Aubry and to make a recording of the Cazzati /Cossoni programme - which involved another cornetto and a violin in 2016. For these recordings, they were joined by the Violinist Clémence Schaming and the cornetto player Liselotte Emery.

The ensemble has been invited on artistic residencies to Pigna’s Centre Culturel Voce (Corsica), the Cité de la Voix in Vézelay and to stay with the Dominicans of the Centre culturel de rencontre des Dominicains de Haute-Alsace in Guebwiller (France).

“Philomela laments the incestuous crime of Tereus, she, who was once a silent young girl is now a bird who speaks out.” Martial, Volume 14, 1st century AD.

Philomela is known as “the song’s friend”. In Ovid’s Metamorphoses, Philomela is a young girl, kidnapped by her brother-in-law, Tereus, who cuts out her tongue in order to ensure her silence. Jupiter ends up transforming her into a nightingale. According to Pliny the Elder (1st century AD) the birdsong of this small creature comes close to the skills of the flute. 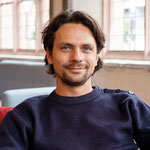 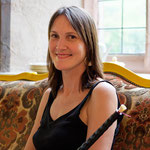 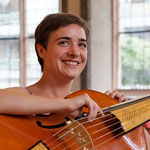 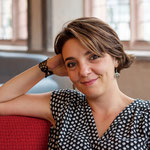 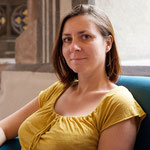